In metropolitan areas, land comes at a premium and outdated infrastructure can be abundant, so when Washington, D.C., was seeking a plot of land on which to install a new civic space, the city decided to host a competition to transform an aged-out freeway bridge over the Anacostia River. At the end of the seven-month competition, the unanimously winning team for the 11th Street Bridge Park was OMA + OLIN design.

“The 11th Street Bridge project is a special precinct in the structure of the city,” said competition juror Harry G. Robinson III, FAIA, professor of urban design and dean emeritus at Howard University. “It is at once both a crossing and a place. In its purest role, it is a hyphen that connects and celebrates the physical and cultural histories of two historic and vibrant Anacostia shoreline communities, while establishing a civic expression of democracy.” 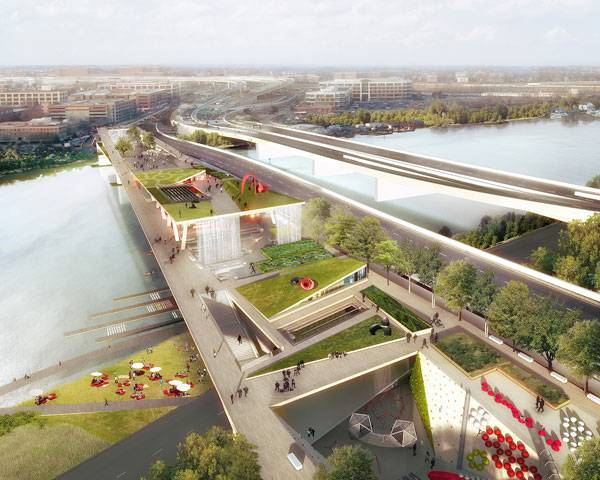 Before they built, they talked!

Before the competition ever started, the city held more than 400 meetings with nearby community residents, business owners, and government leaders to collect programming requests. The meetings revealed a need for an environmental education center, performance spaces, historic public art, inclusive play spaces, urban agriculture, and kayak and canoe launches. The design team was able to successfully incorporate all of these into its iconic design. They also set their own goals: to improve the health of the public, spur economic development, make the river viable to the people again, and connect the communities on either side of the river. 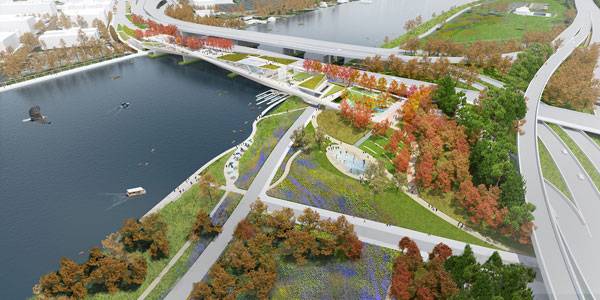 “The OMA + OLIN concept is simply brilliant in the way they captured ideas we heard from residents on both sides of the river and from across the city,” said 11th Street Bridge Park Director Scott Kratz. “These thoughtful designers – some of the best architects and landscape architects in the world – have taken community-driven ideas and created a compelling new space that will connect two historically divided parts of the city while adding a new shape to the capital’s iconic monuments.”

A Connection Between Historical Sides

The design calls for the connection of two historically different sides of the river that will be accomplished through a series of programmed spaces and active areas, including two sloped ramps that will allow visitors to have the best views of landmarks on both sides. At the end of each ramp, a waterfall will flow downward to remind visitors of the river below. 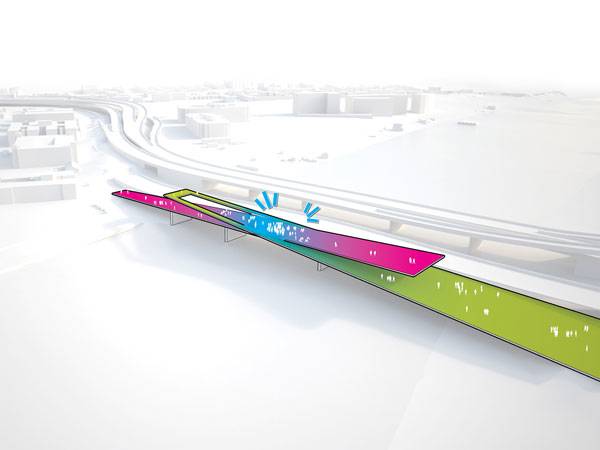 These falls serve an environmental purpose, as well: The eastern waterfall is part of an active filtration system that works in combination with the new wetland areas being built on land to clean the river. A second environmental feature will be an environmental education center where children from both sides of the river can come to learn about river ecology and wildlife by experiencing it up close. 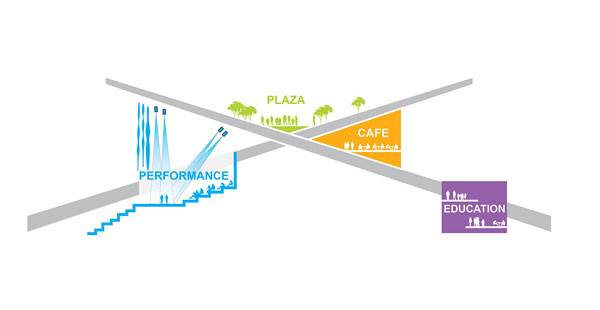 The designers thought long and hard about how to get people to visit the new space, so they included amenities such as a covered cafe to provide refreshments and an open plaza for markets, festivals, and theatrical performances. The shape of the bridge, though, is what makes it iconic. A giant “X” will be instantly recognizable as the river’s newest landmark. 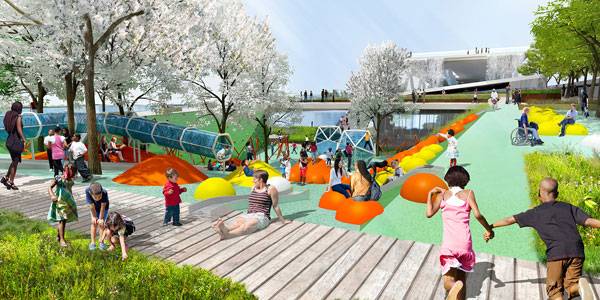 “The 11th Street Bridge Park project is an incredible opportunity to contribute to the civic fabric of Washington, D.C., through the design of an iconic, multi-functional landscape which promotes the health of the river and its adjacent communities, acting as a model both nationally and globally.”

The Most Talked About Entry 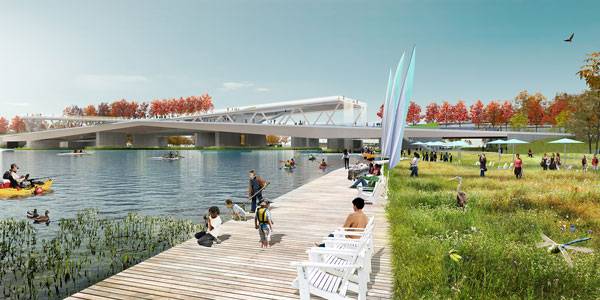 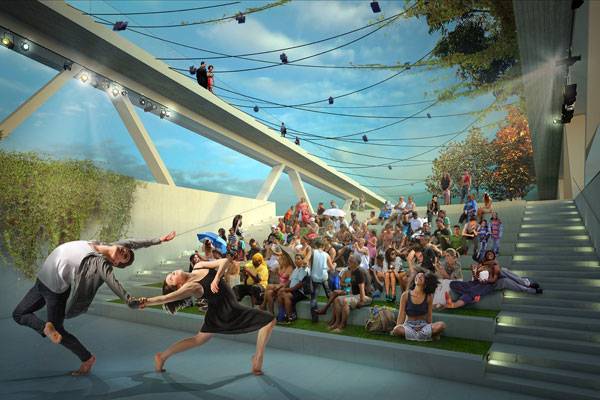 The project is a joint venture between the D.C. government and the not-for-profit Building Bridges Across the River. The government has committed to giving $14.5 million of the $25 million estimated cost of construction. An additional $15 million will be needed to provide funding for operating the site. 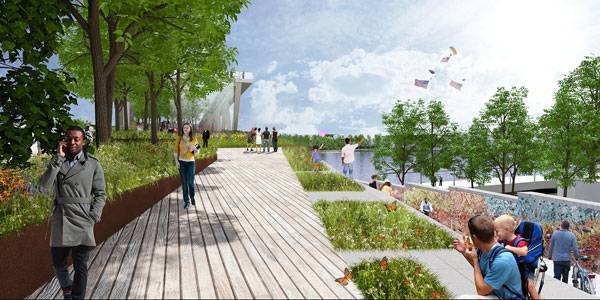 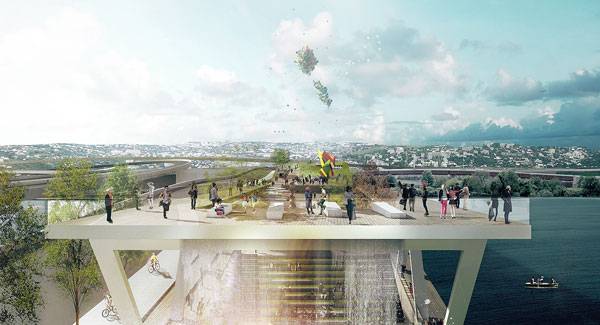 When completed, the 11th Street Bridge project will serve as a place for these communities to come and improve their health and their lives. It will do this by encouraging physical activity and providing access to nutritious food, interaction with nature, and education, all of which have been proven again and again to improve health and welfare. 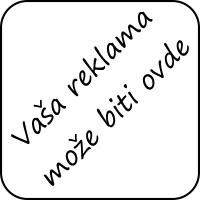